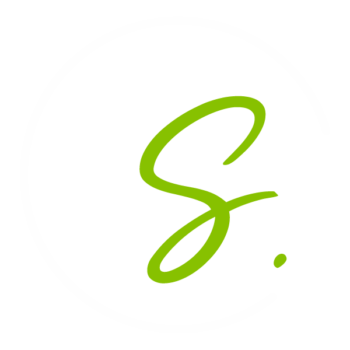 to deliver the safest treatment
for spinal fractures

Everything we do, we believe that we can improve patient lives and hospital workflows by delivering the safest ready to use solutions, especially for spinal fractures.

Safe Orthopedics’ model is designed to look
at all aspects of today’s healthcare environment.

Our innovative technology, designed to improve
the surgery and optimize patient care helps
the hospital to improve their internal and
external processes and address the economic
challenges of today.

This results in a value-based care partnership
between Safe Orthopaedics and its partners.

Value based care partnership – because it makes sense

Pierre Dumouchel
Chairman of the Board, CEO and Co-Founder

Pierre Dumouchel has a master’s degree in both Advanced Materials Engineering and Management from the Conservatoire des Arts et Métiers and Institut Supérieur de Technologie et Management. He began his career in Filtrauto, an automotive multinational firm, as an engineer in the central group quality department, before joining the Medtech industry in 2004. In SpineVision, a focused Spine Company, he had different positions as Operations leader of the PediGuard business unit and Global Industrialization Manager. He developed his competences on Spinal Fusion technologies and disruptive devices such as PediGuard, FlexPlus, implemented strategic industrial partnerships in Europe and in Asia. He became an expert of single use technology and developed cost killing methods. In 2010, he co-founded Safe Orthopaedics, led the Industrialization/Operations and Regulatory and Quality Affairs departments. Innovation and customer oriented, Pierre became the CEO of Safe Orthopaedics in 2016.

François-Henri has more than 15 years of experience in corporate finance. He first contributed to the financing of innovative business projects in financial institutions, then piloted several top-end financing operations (fundraising, mergers and acquisitions) as Chief Financial Officer of listed and unlisted companies in sectors such as medical devices or renewable energies.

Born in 1976, Thomas has developed a strong and large technical and market expertise, acquired through a 15 years’ experience in the Spine Industry. Before founding Safe orthopaedics in 2010, Thomas had been involved in numerous Spine products projects as Senior Project Manager. Thomas holds a Master in Engineering of Advanced Materials and Management from French Arts et Metiers and ISTM.

Nikolaus Beyer has over 20 years of experience in the spine market and has held a number of senior management positions. Prior to joining Safe Orthopaedics, Nik served as General Manager at K2M for more than 7 years. He started his career with J&J in a sales role. Nik joined Stryker in 1997 where he first held the position of Sales & Marketing Manager at Stryker and served, during more than 7 years, as General Manager/Managing Director GSA/Benelux and Nordics (11 countries) for spine, craniomaxillofacial, biotech and navigation (surgical solutions).

Nathalie has been working for 30 years in international contexts. Before joining Safe Orthopaedics, she has been working for over 12 years at SpineVision where she started as Office Manager. She was quickly promoted to the position of Legal & General Administration Manager, notably responsible of the overall management of human resources for more than 11 years. Prior to this, Nathalie held several positions as Executive Assistant of top Executives of major international groups.

We use cookies on our website to give you the most relevant experience by remembering your preferences and repeat visits. By clicking “Accept All”, you consent to the use of ALL the cookies. However, you may visit "Cookie Settings" to provide a controlled consent.
Cookie SettingsAccept All
Manage consent

This website uses cookies to improve your experience while you navigate through the website. Out of these, the cookies that are categorized as necessary are stored on your browser as they are essential for the working of basic functionalities of the website. We also use third-party cookies that help us analyze and understand how you use this website. These cookies will be stored in your browser only with your consent. You also have the option to opt-out of these cookies. But opting out of some of these cookies may affect your browsing experience.
Necessary Always Enabled
Necessary cookies are absolutely essential for the website to function properly. These cookies ensure basic functionalities and security features of the website, anonymously.
Functional
Functional cookies help to perform certain functionalities like sharing the content of the website on social media platforms, collect feedbacks, and other third-party features.
Performance
Performance cookies are used to understand and analyze the key performance indexes of the website which helps in delivering a better user experience for the visitors.
Analytics
Analytical cookies are used to understand how visitors interact with the website. These cookies help provide information on metrics the number of visitors, bounce rate, traffic source, etc.
Advertisement
Advertisement cookies are used to provide visitors with relevant ads and marketing campaigns. These cookies track visitors across websites and collect information to provide customized ads.
Others
Other uncategorized cookies are those that are being analyzed and have not been classified into a category as yet.
SAVE & ACCEPT